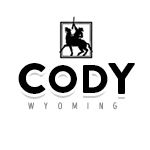 Cody experiences a semi-arid climate with highly variable conditions. Relative humidity is usually 30% or less. Precipitation averages 10.5 inches annually, and snowfall averages 47.3 inches annually. Due to the climate’s dryness, annual snow cover fluctuates; on average, there are 27 days per year with at least 1 inch of snow on the ground. Cody enjoys about 300 days of sunshine per year.

Wind is a frequent presence in the Cody and Bighorn Basin area. Airflow in the Big Horn Basin is turbulent. During winter, most storms move in from the north-northwest, while summer storms can sometimes move in from the southwest. Throughout a normal day, winds can be experienced as coming from any direction—mostly from the north and west, but sometimes from the south and east. The canyon at the west end of Cody funnels rain and wind across the city.

Due to Cody’s dry climate, the entire area is laced with irrigation canals, holding ponds, laterals, and drops. Located between Rattlesnake Mountain and Cedar Mountain, the Buffalo Bill Dam forms a large reservoir about 10 miles west of Cody. The Buffalo Bill Reservoir (among others) feed the Shoshone Project, a large irrigation water distribution system. Typically, daily wind speeds stay below 40 mph. The highest straight-line wind speed every recorded in Cody was just over 100 mph.